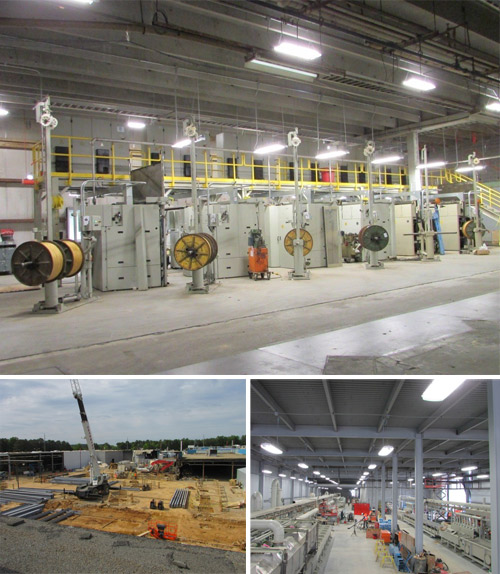 Forza Design redesigned the south side of the plant for a total revitalization of the existing plant. This included bringing the entire plant up to current safety and building codes. Patrylo, Inc. executed this project with our own process piping and rigging crews. The revitalization project portion was 8.5 million and consisted of moving or installing 196 pieces or production equipment and all necessary structures, pits, trenches, electrical and mechanical provisions.

While working on the revitalization project, the existing plant caught on fire on the north side of the plant. Forza Design and Patrylo, Inc. worked around the clock to design and install all new plant utilities around the fire-damaged areas to have the plant up and running again in 15 days.

Bekaert then hired Forza Design, to redesign the fire-damaged areas and Patrylo, Inc. to install the new plant by June 1, 2015. The project design was started on January 21, 2015, and was dried in by April 1, 2015. The new bead wire lines will be operational for test-ing and production as requested.